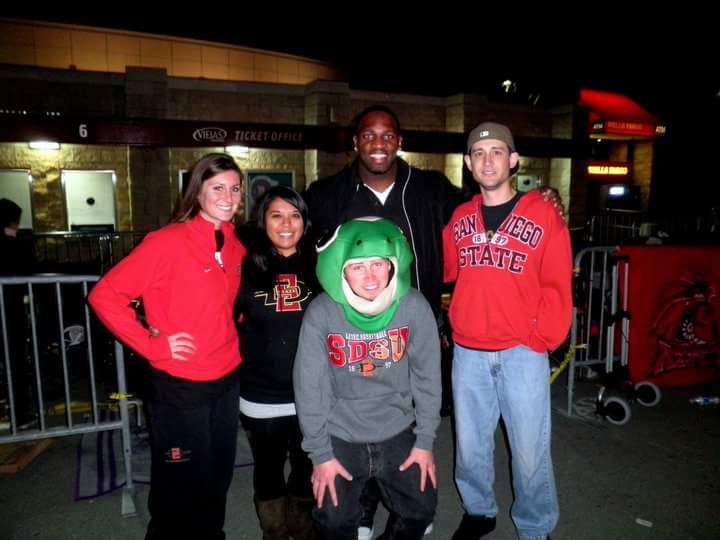 If you’re reading this, it’s probably safe to assume you are an Aztecs fan, and, in turn, also probably safe to assume you remember 2011. Particularly the Spring of 2011. The SDSU men’s basketball team was in the midst of an incredible, historical season. The end of February saw us gearing up for a highly anticipated matchup with BYU. I won’t talk about the game itself because we all know how that turned out and I doubt any of you reading would want to relive it.

But what I wouldn’t mind reliving are the days leading up to it. I spent four nights sleeping on the ground in front of Viejas Arena with my roommate and other friends, just so we could get our hands on the hottest ticket in town – SDSU vs. BYU. We survived mainly on coffee and junk food – much of which was donated by San Diego community members like the Hall of Champions, SDSU alumni and family and even some anonymous good samaritans. We all took turns heading to the ARC to use the restroom, take showers and warm up in the sauna. We “borrowed” electricity from the arena and school to charge our phones, laptops, lights and other essentials.

But mostly we spent the week becoming a little village of friends. Our makeshift campground was called Fisherville and would later be referenced in a T.E.S. song. We shared supplies, blankets and stories. We had sing-alongs together, broke out in spontaneous chants and coordinated gameday outfits – which sounds totally corny, because it was. All in all, we had pretty much the best time one could possibly have during a four-day stretch of living on the sidewalk (with the added bonus of an ill-timed rainstorm that thwarted any plans of sleep or warmth on our last night).

I should clarify that all of this isn’t what “made” me an Aztecs fan, because I already was one. And it’s not a unique experience because, well, there were hundreds of us sharing it. But it’s one of those defining “Aztec for Life” moments that helped shape the kind of fan and person I still am today. And I don’t just say that because otherwise it would’ve been a waste of four days of my life, but because going through all of that only to experience the loss of the ensuing game was kind of a microcosm of my entire experience as an Aztecs fan, and a San Diego sports fan in general: lots of waiting around without going anywhere and being disappointed in the results – and sometimes just feeling like we’re being rained on.

More than five years later and I’m still waiting on that ever-elusive national championship, but in the meantime I’ll enjoy the ride with the rest of you.