Before riding off into the sunset in a blaze of illegal stemming glory, former Aztecs quarterback Ryan Lindley started 49 games between 2008-11. It was a remarkable run of consistency that we didn’t fully appreciate at the time.

I think we do now. 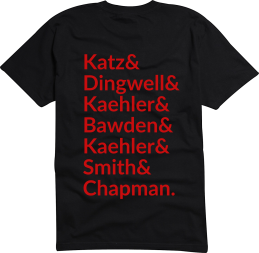 In the four years since Lindley, six Aztecs have started under center with results ranging from, “Hey he’s a pretty good game manager” to “I know it’s 3rd and 7 but just run the draw again.”

Fortunately, and by all accounts, our savior has arrived!

If San Diego State has entered fall camp in recent seasons staging quarterback derbies to ferret out a starter, consider this year’s competition closed. The keys belong to Christian Chapman and any additional debate will heretofore be conducted in silence.

There it is: There will be no competition. We have our quarterback who will lead us to the promised land, and the rest of the MWC can suck it. Case closed. That is all I have to say on this topic, yessir.

(waits for fans of opposing schools to leave)

They gone? Good. OK, now that it’s just us, I have a question: How confident are we really?

Here’s my worry with Chapman: This is a very small sample size we’re evaluating him on. While Lindley started 49 games, Chapman has thrown all of 49 passes in his young career. For reference, that’s 14 fewer passes than Adam Dingwell threw in a game that you can’t prove to me actually happened.

At this point I look at Christian Chapman like an alt-punk band that put out a pretty rockin’ EP.

Oh man that surf guitar on “Deep Middle Micah” kicks so much ass, right? But are you ready to commit to drive up to Pasadena on a Tuesday night to see this band as the second opening act for headliner Local H? Based on what amounts to 10 minutes of solid tunes?

Don’t get me wrong, Chapman is the obvious choice to start. He’s mobile, accurate and pretty good touch throwing the deep ball. He also showed incredible poise in leading SDSU to two of its most significant wins in recent program history: victories over Air Force in the MWC championship and Cincinnati in the Hawai’i Bowl (try not to think too hard about this sentence).

Rocky Long also seems to trust him which, when you’re talking about a sophomore quarterback, sure ain’t nothing. My assumption is that his confidence is based as much on the stuff we fans haven’t seen as what we have.

All we have is that EP, though. And it is promising – will listen again!

Really gonna need to hear a full album before committing to a thing like that.