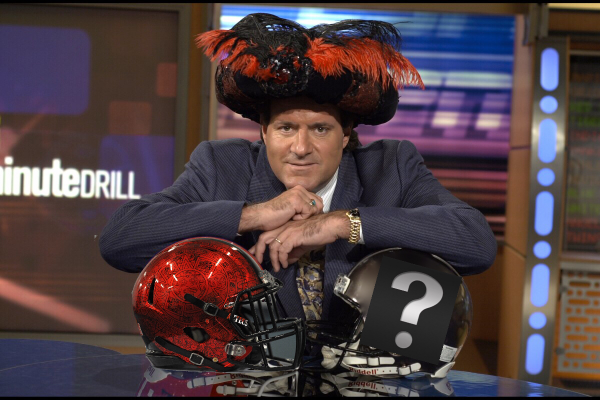 If you are excited for the SDSU football season, you’ve certainly scoured the prognostications of respected college football writers and important publications. But if you still find yourself wondering what four arguably qualified bloggers from the internet think will happen this year, well good madam or sir, you came to the right place.

The tireless, hardworking K30 staff submitted projections of the Aztecs’ final win-loss record, bowl result and our rationales for same. They are … surprising. GET FUCKIN LIT for Kabeer Thirty’s 2016 predictions:

I am forever an optimist when it comes to my sports teams, but these 2016 Aztecs could turn anyone into a believer. This team is not only talented but deep. We have 14 starters returning from last year’s breakout team, including the best offensive player in the conference in Donnel Pumphrey. If the running game can continue to dominate, and the passing game can show even marginal improvement, this year’s offense could blow things wide open in the conference. Combine that with a stellar defense led by another returner and one of the best cornerbacks in the country, Damontae Kazee, plus a Special Teams corps featuring kick-returning phenom Rashaad Penny, and the Aztecs can be unbeatable.

Again, I’m typically more optimistic than most in my expectations, but an undefeated season is actually a realistic outcome for this team. I wouldn’t be surprised to be watching them play (and win!) on New Year’s.

Taking on Cal at home will be a fun one. It’s early in the schedule, when expectations and hopes are still at a high. Plus the team and fans will be looking to avenge last year’s 35-7 rout.

Also Cal. I think this game more than any other has the potential of being the “résumé game” that we look back on at the end of the year as setting the tone for the season. It’s a must-win.

SDSU goes undefeated and makes it to a New Year’s Six bowl and the College Football Playoff. Like a throwback Jim Jones, I am drinking the absinthe and with cultish fervor command you do the same. Maybe you think projecting the most successful Aztecs football season ever is insanely optimistic. You might be right! And yet I think it’s quite possible, though admittedly not at all probable. We’re all familiar with how good this Aztecs squad may be, can be, should be. SDSU’s national profile is a sleeper darkhorse, with pockets of national media taking notice of the defending conference champs riding a 10-game win streak.

The schedule sets up well to capitalize on this preseason hype. Unlike previous years there is no mismatch payday visit to an Ohio State or Penn State. Instead we have the Jared Goff-less Cal Bears coming here, then tough but winnable road games at Northern Illinois and South Alabama sandwiched around a bye week. If the Tecs make it through their non-conference fixture at 4-0 they’ll be a Top 20 team on a long win streak entering Mountain West play, where some tough opponents – but no Boise State or Air Force – await this year.

While it sounds like a pipe dream, I’m telling you fine people right here and right now that an undefeated Aztecs ballsquad makes it to the football Final Four. Where they get crushed by Alabama in the semis.

Sept. 10 vs. California. Cal isn’t a major-major program, but they are a Pac-12 school and the Aztecs historically have a hard time beating even lesser Pac schools. Berkeley must be dominated to reaffirm that We Run Cali in something other than basketball.

Sept. 17 at Northern Illinois. While a road trip to picturesque DeKalb, Ill. seems relatively harmless, the NIU Huskies have the pelts of many Power Five schools on their wall, den, trophy case or what have you. This feels like a trap game coming off what should be a big home win over Cal.

Oct. 28 at Utah State also looms as a difficult W. Should the Aztecs make it that far without a loss, the Aggies will be keen to knock off the team that torched them 48-14 last year.

There are a few games that stand out as challenges but it’s not a monster of a schedule for a good Aztecs team. Cal throttled the Aztecs in Berkeley last year, and that’s the game that stands out most here. Playing at Fresno State’s always a hell of a time. Same goes for Wyoming, really.

Hosting Cal. It’s always exciting to feel confident about your team, thinking they might be able to match up with the “big” school. It’ll be fun to see if they can hang/win!

Holy shit, that game against Cal. It’s always scary to play a school from a major conference. What if we suck? What if they don’t think we’re pretty? Hi Big 12! (update: they’re not watching.)

“AKH being a tremendous buzzkill as usual”

By Aztecs Killing Him

Holy god, who hired these people? Positivity? On my blog???? I feel like I need to go full-on negative to balance this out, but predicting a 6-7 season with a loss to a five-win MAC team chosen for its APR improvement is probably overdoing it. These Aztecs are good, with the chance to be really, memorably, historically good. But I’ve been following this program for a long time, y’all. I’ve seen how these things usually end so…

Give me a Moral Victory Special against Cal, a hangover in DeKalb, a road loss to an in-conference rando (let’s go with Nevada), a heartbreaker on The Blue to lose the conference title and a last-second loss to BYU at Qualcomm. Of course, we’ll later find out the Cougars only won by harnessing the mysterious telekinetic powers of a captured, buzzcutted young girl, but they’ll get away with it. They always get away with shit like that.

Everyone answered Cal here, and I think that’s because that’s the only answer. This schedule is…not great! I was going to try to be cute here and go with the South Alabama revenge angle, but screw that. This is a name opponent at home. Win and San Diego will take notice. Momentum will build. Lose and you probably don’t see a crowd of more than 30,000 for the rest of the year.

New Hampshire. Any Aztec fan not scared of FCS opponents hasn’t been paying attention. There’s only one game on this schedule that would tarnish the entire season with a loss. That game is Saturday in front of a big season-opener KGB Sky Show crowd. Please win. Please clap.

3 thoughts on “The staff predictions you never asked for and won’t remember by Saturday at 5:30”