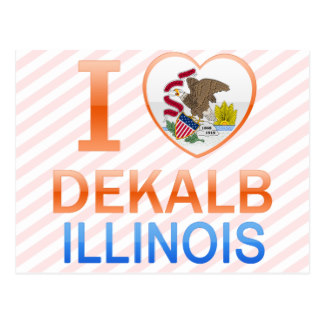 I try to make it out to at least one football away game per year. Why? Let me tell you, there is nothing more fulfilling than flying thousands of miles to watch your team get beaten into oblivion or your coach pretend we have no kickers on the roster or just appreciate the exciting local artisanal meth scene while your team blows a double-digit lead.

As I said in my introduction, I have a storied history of watching SDSU football games on the road, entering this season with a 2-8 record that boasts huge wins in such iconic venues as Sam Boyd Stadium in Las Vegas (against one of UNLV’s worst teams, and that is really saying something) and Spartan Stadium in San Jose (which, in fairness, happened to be a pretty damn awesome comeback win).

But with the chance to check out Chicago and see a game at Wrigley Field for the first time – coupled with my my undying love for sweet, sweet #MACtion – this trip for the Northern Illinois game was a no-brainer for my four buddies and me.

We flew in on Thursday morning and went straight to our charming airbnb rental in Lincoln Park. By “charming”, I mean “technically  meets the legal requirement of a home.” What it lacked in television, internet, functional power outlets in most rooms and adequate toilet paper supplies, it made up for by rattling like an earthquake whenever the L Train sped by about 12 times an hour. Also, we counted 15 shot glasses and exactly one dinner plate.

We made do as best we could.

Decided to pick up a couple beers for the AirBNB. pic.twitter.com/WrfywG5JjP

Thursday night we dove head-first into embracing our tourist-ness and got ourselves some deep dish pizza at Lou Malnati’s. I’m not a huge deep dish guy, and I can’t say old Lou really changed my mind. Plus, there was this…

…which might as well have been a “HEY, CALIFORNIANS, GO BACK TO YOUR HIPPIE YOGA COMMUNES. YOU DIRTY LONG-HAIRS WITH YOUR AWFUL SUNSHINE AND HEALTHY CHOLESTEROL LEVELS.”

We carried on through the night well enough to ensure we woke up feeling like garbage Friday morning. It was actually fine because we had a day to relax, enjoy some of the gentle nuances of the city and rest up for the football game Saturday. LOL JK, we started drinking in the morning for the Cubs game at 1:20 p.m.

We started out at the Cubby Bear, briefly, but before I get into that, some quick background – in our nearly 10 years of going to SDSU road games, the one thing we’ve learned to remember: avoid other Aztec fans. AT. ALL. COSTS.

Look, I have tremendous pride in my alma mater, the education I got there and the teams that represent it. But our fans are generally pretty awful. There’s the burnout 38-year-olds trying to re-live their heyday by drinking a dozen Rolling Rocks and completely botching the I Believe chant. Then there are the guys in this shirt that will not go two minutes without telling you how much money they donate to the Aztec Club or dishing out some veiled racism regarding Winston Shepard. And of course the obnoxious former Show members antagonizing the locals and literally depleting multiple bars of their entire Fireball supply (Hello from Seattle and the UW game in 2012!).

Wherever you fit in, you’re bound to have a better time away from the rest of the pack. So naturally, an older couple decked out in red and black saw us from across the bar, walked right up to us and immediately let us know about how they give a lot of money to SDSU and are very interesting and important. I wanted to get their thoughts on Colin Kaepernick but didn’t want to burn down the historic venue with the fiery embers coming off their hot takes.

Quickly, we made haste to a few other establishments before finding our way into Wrigley Field, which, if you’ll allow me a brief moment of sincerity, was fucking awesome.

This relish is a color not found in nature. pic.twitter.com/HFF3FVyNwR

Drinking some Old Style! It's not very good! pic.twitter.com/Gc7gleSDVf

The Cubs won on a walkoff homer in the in 10th inning and they celebrated their NL Central title on the field with the shirts/hats, beer and a song that will be stuck in my head for the remainder of my life. We joined the celebration in Wrigleyville into the evening and against all better judgement, ended the night with Chicago’s finest* late night Mexican food. (*On a scale of good to violent diarrhea, we gave it a resounding “whatever.”)

Finally, Saturday was upon us. Two days of drinking heavily and eating – well, basically poison – left us in rough shape, to the point that we were texting our girlfriends back home like we were civil war generals writing from camp:

Dearest Abigail – conditions have worsened. Nick has laid waste to every bar bathroom we have passed. I regret to say Ryan has fallen ill with a harrowing case of “feeling like fucking shit, man.” Rich is descending into madness, mumbling on with nonsense of “I don’t even know if I’m drinking today.” I fear this will be my final communication. My phone is dying and soon I may be as well. Please send regards to my mother. And don’t date any of my shithead friends when I’m gone.

But as firm believers in the Hair of the Dog approach to life, we picked up a few more IPA six packs and boarded the Metra train headed west toward DeKalb.

Of course, the train doesn’t actually go all the way to DeKalb. Nay, end of the line is Elburn, about 15 miles short of our destination. Our plan was to call an Uber from the train station. About that: 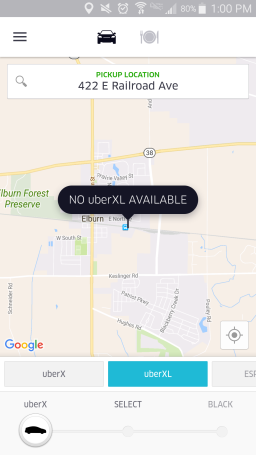 OK, the olds were right. Us millennials are idiots. Thankfully, as we got off the train in the middle of nowhere with no backup transportation plan, a nice couple in SDSU gear (they do exist, apparently) let us share their taxi van the rest of the way. Our driver was bursting with useful information. For instance, DeKalb is actually pronounced locally as “duh-cab” (interesting!) and Harry Caray “was a despicable little troll of a man” (neat!).

We arrived at NIU to find a fairly impressive tailgating scene. It’s still weird for me to see tailgating on grass. I realize this is how the rest of the college football world does it, but I’ll take my slab of decaying black asphalt caked with decades or vomit, tears and blood from post-Chargers game fights thank you very much.

Our seats (very much by design) were as far away from the main Aztec fan section as we could get. Huskie Stadium is quite nice for what it is. The open endzones let you see the rolling nothingness in every direction. And NIU students showed up in decent numbers for an 0-2 team. Plus, beer! Which is hard to find at college games away from Mission Valley.

The team I like is doing quite well. pic.twitter.com/HLmLWDduAV

Shouts to the NIU band for trying to look bigger by spacing themselves three rows apart. A skill I mastered in college while adjusting page indentations and font sizes, trying to stretch my essays from three pages to five.

Whatever light heckling we received diminished rapidly as Pumphrey & Company jumped out to a hefty lead. The Extremely Chicago Dad behind me even groaned, “They’re bout’ta beat us as bad as when we went over and beat da breaks off Purdue!” Aw, poor Purdue.

We did eventually decide to go over to the SDSU fan section so we could give the team a proper ovation for a job well done after the game. In the limited time we spent there, an old dude accidentally sloshed his Coors Light on a teenager, a Hawaiian-shirted man barked something about a lack of hustle on offense (we scored 42 points) and two people boisterously discussed how this will get the Pac-12’s attention.

Again, our fans: NOT GREAT.

But nothing took away how nice it was to actually witness a road win for the first time in three years. We rode the train home reflecting on how bizarre that at 8 p.m. CST there were football games that wouldn’t be starting for more than an hour. Real football games! Not ones from Hawai’i broadcast via a Sega Dreamcast LAN party.

Did I mention we had some more beers?

I got to the airport Sunday morning still riding high* after a huge road win. (*Desperately searching for some sort of vegetable.)

As expected, after 3 days of inadequate sleep, excessive drinking and eating garbage, I feel outstanding at the airport this morning.

But all in all, I couldn’t have asked for more on my first trip exploring Chicago. For next year’s trip I think I’ll take it a little bit easier and go to somewhere with a more laid-back vibe.

One thought on “Sweet home, DeKalb-o”