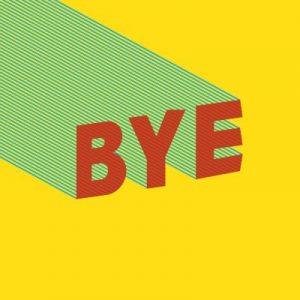 Our lollipop guild of an athletic conference played more football games this week while the Aztecs chilled with a bye. How’d those knuckleheads do? Idle hands are the devil’s tools and the Mountain West is a dusty lobby in purgatory, so gosh darn it let’s take a fleeting glance at a some sporting results.

Purdue 24, Nevada 14
The Wolf Pack made a decent showing in a Big Ten road game and certainly did not get their “heads kicked in” as was predicted in this space last week. Aztecs play at Nevada-Reno in November and they look like a potentially tough out.

Boise State 38, Oregon State 24
Boise represents with the conference’s biggest win of the week and their 2nd victory in two games against lesser lights of the Pac-12. BSU looks legit, which is good in a sense but also annoying and insufferable.

Tulsa 48, Fresno State 41 (2 OT)
On the Bulldogs first offensive play the running back ran into the quarterback, who then threw a backward bounce-pass that went for a 44-yard touchdown. On that flukey basis, FSU ran up a 31-0 first half lead before choking it all away and losing in double OT. Fresno has given up 43, 52 and 48 points in their three losses.

Air Force 27, Utah State 20
I still say it’s unfair for a branch of the most powerful military in human history to have a football team. What ever, the Falcons got themselves a conference win. Good for them I guess but they should probably get back to dropping peace on other countries.

Eastern Michigan 27, Wyoming 24 (Friday)
The Cowboys came from ahead to lose at Ypsilanti in a contest that mattered much less than the peaceful protests led by students after the game. It’s a tense time in this country, but the increasing number of people standing, kneeling or sitting for their principles in a constructive way is an encouraging sign.

New Mexico and Hawai’i had the week off too, bless their hearts.

South Alabama 41, Nicholls State 40 (OT)
The Jaguars barely eked out a win at home over a scrappy FCS doormat. Nice. Hopefully their confidence is shattered.

Western Illinois 28, Northern Illinois 23
NIU drops to 0-4 after losing at home to the upstart WIU Leathernecks, also of the lower footballing division. That doesn’t make SDSU’s win at DeKalb look any better.

#6 Houston beat alleged FBS program Texas State 64-3, which is ridiculous. Houston is not cooperating with the Aztecs’ NY6 dream scenario.

There weren’t many bad losses among the Top 25, so the idle Aztecs have to hope they tread water with voters and stay ranked. Update: #19!

NEXT WEEK in the Mountain West:

SDSU heads to Mobile while the rest of the conference starts teeing off on each other.

Navy at Air Force – See, now this seems like a fair fight.
San Jose State at New Mexico – Shame. Shame. Shame.
San Diego State at South Alabama – The Aztecs lost to the Jaguars in overtime last year at the Q, as you may be painfully aware. Revenge is best served by rushing for 300-plus and running up the score on these chumps.
Wyoming at Colorado State – The “Border War” for the “Bronze Boot” like anyone fucking cares.
Utah State at Boise State – Boise back on the blue turf, where they’ll probably be heavy favorites over the middling Aggies.
Fresno State at UNLV – Three-loss tailspin meets three-loss trainwreck.
Nevada at Hawai’i – Nobody would notice if they just made up a score and turned it in.