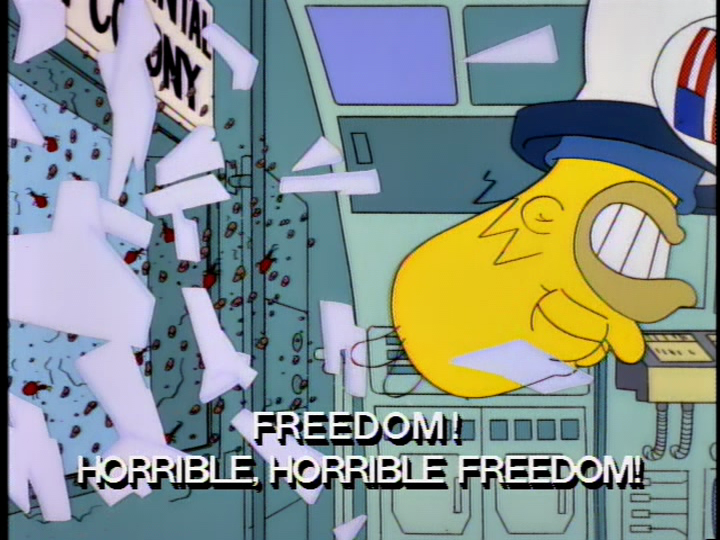 Of course you know the news by now.

Chargers to Relocate to Los Angeles

I must admit to being a bit stunned. I never actually believed we would get to this point, not out of any misplaced faith that the parties involved could strike a stadium deal here, but out of recognition of what an obviously horrible, embarrassing, lonely disaster awaits Dean Spanos’s garbage franchise in Los Angeles.

One Aztec and native San Diegan summarized it pretty well:

Disagree. L.A. is defined by apathy in all sectors. It's unlike any other city in that way. Nobody doesn't give a fuck about you like L.A. https://t.co/JC8JfJDdBk

If you were following San Diego Twitter last night – and boy was it ever in top form – you’ll know that SDSU partisans fall into two divided camps in reaction this news. The first group are the loyal Aztecs/Chargers/Padres/Gulls/Riptide San Diegans. They will be represented here by Trevor.

I'm not happy they're gone. Fuck Dean Spanos I hope he rots in hell, yes, absolutely. But I loved the Chargers for a really long time.

Feel you, man. Sports fandom fucks with your head and your heart something fierce.

Of course, there’s also a very vocal FUCK THE CHARGERS camp. Its inhabitants are largely locals fed up with the NFL and Spanos’ bullshit, and carpetbaggers who came to SDSU from different parts of the state (hi there!) and never had any emotional investment with the team to begin with. That group shall be represented here by K5 James.

In which camp does SDSU itself fall?

My guess is the latter, though it would very much like to publicly appear to be in the former. This is all a delicate public relations dance after all – a dance where one of the steps was apparently to build local goodwill by dangling $100 million in front of Deano with the hope his greedy ass decided to opt for what was in the box instead.

As the Aztecs’ luck would have it, Deano opted for the box.

(The box contained a Randy Newman cassette and a tattered map of movie star’s houses from 1995.)

I do think SDSU ultimately got the outcome it wanted. Aztec athletics is now solidly the number two sports attraction in a county with more than 3 million people. It will garner more media coverage and public attention than ever before as a result.

This also clears the decks for the SDSU west campus plan and a potential partnership with Major League Soccer to inch forward in full public view.

The #Chargers moving to LA will have a massive impact on @MLS expansion. San Diego just became a major player in that discussion. #MLS

That all sounds ducky, it really does. But keep in mind that any optimism we may feel is based on a number of assumptions.

All of these assumptions are based on the larger notion that president Elliot Hirshman and athletic director John David Wicker – and Jim Sterk before him – saw this possibility as real and planned accordingly behind the scenes. It’s OK if they were as stunned as me about the Chargers horrendous decision making. It’s not OK if they did not prepare thoroughly for this eventuality.

If they didn’t, and this turns into a crisis for SDSU football, they will own that.

But let’s, for the moment, assume the best. Let’s see the shining opportunity inherent in this otherwise dark day for San Diego sports.