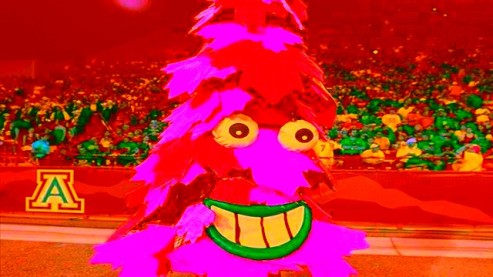 My hometown of Santa Clara is not gorgeous San Francisco or dynamic Oakland or even pretty livable Albany or San Rafael. It’s basically one big empty commercial office park parking lot next to a Coco’s next to a Jamba Juice next to about 2,000 consecutive blocks of garage-front postwar houses ranging in color from off yellow to off tan, each listed at $1.25 million in a buyer’s market.

Another personal fact I tend to keep on the DL: The very first collegiate sporting event I ever attended was a Stanford Cardinal football game. This one to be exact.

I was something of a fan!

The Cardinal, long before becoming a power under Jim Harbaugh, were a perennial Pac-10 also-ran, a plucky squad you could root for thanks to their underdog status and general reputation as floating above the muck and mire of the NCAA foobaw cesspool (ACADEMICS DOING THINGS THE RIGHT WAY).

At the time I overlooked, and was less aware of, two immutable facts:

1. Stanford University is actually bad
2. You should never root for the the Cardinal to win anything, ever.

Stanford is a Robber Baron legacy project turned insufferable techbro incubator. Stanford is the driving force behind Silicon Valley (note: also bad), a place that used to be about building better semiconductors and microprocessors but has since moved on to running absurd startup scams and “disrupting” markets in ways that throw hard-working immigrants out of their livelihoods. Stanford and its spawn even stripped the counter-cultural soul from San Francisco (!!) and, once The City became too full to contain all the rich assholes, spilt its excess bros into Oakland.

Because of Silicon Valley, and by extension Stanford, all my relatives from Santa Clara, San Jose and Fremont now live in Morgan Hill, Livermore and Mountain Home (still not sure where that even is). Give it another decade and all my kin will have been pushed into the same FEMA camp outside of Fresno, which …

Had I been living my parents’ experience 20 years ago I probably would not have attended that Cardinal game. Scratch that, I would have attended in a dang Utes jersey.

My dad worked at the same well-known tech giant throughout my childhood. He was one of the first wave of Silicon Valley worker bees, the type who had to only be mechanically-inclined, possess an AA degree and know how to wield a soldering iron. My dad did that for 30 years and through it all, he watched his field change from nerds in garages who really liked cool gadgetry to corporate creatures who really liked buzz words and invoking “the shareholders.”

Care to guess where all those corporate tools went to school?

You know what, why don’t I let him tell you about it:

The prototypical Stanford student comes from an upper-income family and most likely feels a genuine need to become the next Steve Jobs, even though Steve Jobs never attended Stanford. (He did attend and then dropped out of Reed College reportedly because of the financial strain this put on his parents.) For some unknown reason, many Stanford alumni seem to have been brought up to believe that privilege is their birthright and after graduation, immediately begin that long climb up to the top of Mount Prickdom. I can’t say they are all like that of course, but a significant number of their business drones do have visions of venture capitalism dancing in their heads. It was always enlightening to see fresh Stanford graduates being brought into work and then quickly escorted up through the ranks of upper management in a sort of entitlement ritual. The quickest climbs were generally made by those from wealthy families with well-known last names.

Extra Credit
To give you a little history on why Stanford is not only known for cranking out top-level management candidates and wannabe “captains of industry”, but is also regarded as one of the top engineering schools, there is an interesting and fairly long YouTube video covering the subject. It explains how and why the engineering fortunes of Stanford, a “private” university, were made possible by the American taxpayer.

I hope that gave you some insight into Stanford and, more likely, why I am the way I am. Blame him, OK?

But my pops doesn’t have the only perspective on this! My mom worked for years in a medical office in downtown Palo Alto, a stone’s throw from The Farm. Care to chime in, mom?

My impression of Stanford is a place where the wealthy send their privileged offspring to reinforce their feelings of entitlement, and to fine-tune their better-than-thou attitudes. I know, I used to deal with them and their parents on a daily basis when I worked in the healthcare field nearby. They wanted special services for free, they were demanding and they expected to be put ahead of everyone else. In their eyes, they were the ELITE, and they felt like they deserved to be treated as such.  Just because a person goes to, or graduates from Stanford automatically gives them a huge leg up in the work world too, and they rarely have to start out at the bottom.  Ah, the cycle of privilege continues.

I hope this helps.

So there you have it. Stanford University is actually bad.

For this reason, it is my position that San Diego State University should beat Stanford in the foot-ball contest this coming Saturday. 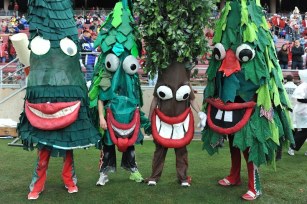