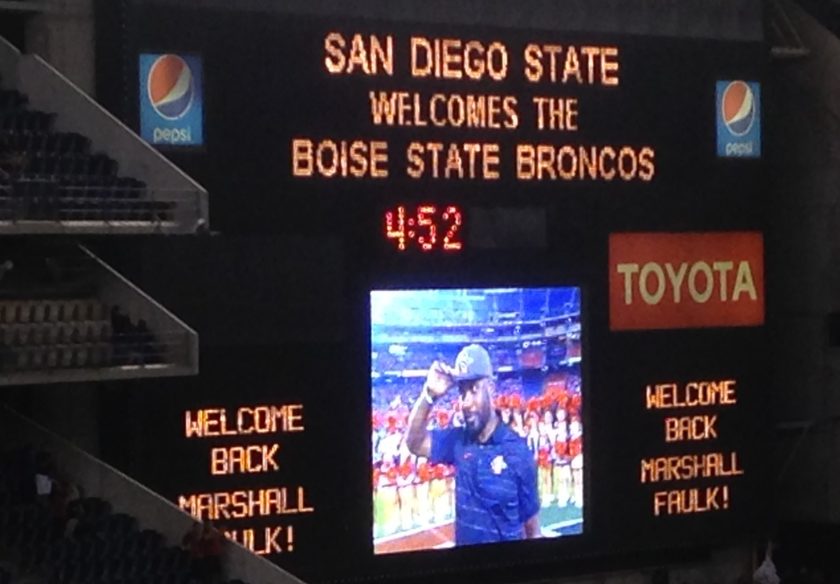 One of the most disturbing things the #metoo movement has uncovered in the past several weeks — besides all those disgusting creepers, that is — is the way we’re often prone to selective outrage based on our tribal affiliations. Scroll through Politics Twitter (note: do not scroll through Politics Twitter) and you’ll see people doing the mental gymnastics necessary to develop seemingly conflicting takes depending on the party of the accused — all in the name of their side “winning.”

Sports fandom is equally fertile ground for this kind of tortured thinking. We wrap up our identities in the exploits of people we think we know, but don’t really know, leading otherwise reasonable people to excuse and openly cheer for deeply flawed people accused of all manner of terrible misdeeds.

We’re not going to do that here.

Last night, news broke that San Diego State football legend Marshall Faulk was among several men at NFL Network and ESPN accused of sexual harassment in a lawsuit by former colleague Jami Cantor. You can find details of what Faulk is alleged to have done here, but if you don’t want to click I assure you it looks very, very bad and very, very gross.

Reading the entire story paints a picture of a toxic environment at NFL Network that likely made Cantor’s professional life, and possibly personal life, hell. Faulk has been suspended, and it’s hard to imagine his dismissal won’t follow soon.

None of this changes the fact the Faulk was a transformative SDSU athlete who has been an extremely loyal and beloved alumnus (we’ve revered him so much that we used a doctored iconic photo of him as the banner image for this very blog). He’ll always be part of our shared story, albeit a much more complicated part now. But our past affection for him, and our tribal affiliation to a sports team, shouldn’t trick us into compromising our integrity.

Anyway, this is an incredibly ponderous way to mention that we’ve taken the obvious and not-very-brave stand of removing Marshall Faulk from our masthead.