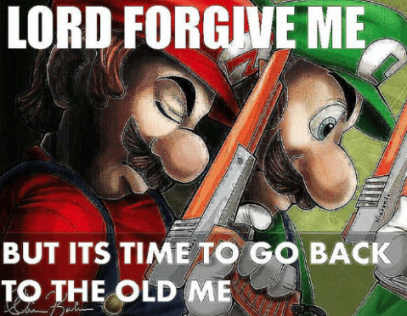 The Brian Dutcher era at San Diego State started with talk of surrendering defense to facilitate scoring, and that talk mostly came to fruition. This year we’ve seen a faster tempo on offense, running in transition and jacking 3-pointers with impunity. At times it has been beautiful and thrilling. At others — all of late January and early February, for instance — it has been a galling disaster.

In the first round of the Mountain West Conference Tournament, we saw our Aztecs revert to a more familiar form. The Aztecs didn’t beat Fresno State on Thursday afternoon with transition buckets or long range marksmanship or anything even vaguely aesthetically pleasing. Instead, as Steve Fisher looked on approvingly from the stands, they brought out their pool cues and tire irons to beat Fresno back onto their team bus.

This game — a 64-52 final — was physical, offensively challenged and generally ugly as sin. If this was the first college basketball game I had ever watched, it might have been enough to steer me away from ever watching another one. But it was vintage SDSU.

Here is Devin Watson launching into a guy like a gunner covering a punt (note that the circus shot did not count).

Jeremy Hemsley getting ready for summer and beach volleyball. pic.twitter.com/YwRVfsxg7G

Here is Matt Mitchell demonstrating his mastery of judo by taking ukemi.

That would make @TESnation proud. SDSU leads Fresno State, 54-44, with 5:04 left in the second half. pic.twitter.com/d7ePqJGt5z

And here are stats that tell the grisly tale. Fresno State:

Trey Kell, whose resurgent, unselfish play down the stretch has propelled the Aztecs, shined in the blue-collar effort. He locked down Bulldogs leading scorer Deshon Taylor (12 points) and added a team-high 16 points to go with 7 rebounds.

The Aztecs didn’t exactly shoot the lights out either (42 percent and a couple of air balls of note) but they adapted to the style of play. They used the full shot clock, kept the three-point attempts to a minimum and kept grinding. Somewhere, J-Frank and C-Tap are smiling.

Malik Pope scored 12 points while Kameron Rooks provided useful minutes off the bench for the second game in a row (6 points and 7 boards). Jalen McDaniels had nine points and, while he has been quiet and surprisingly sparsely used in the past two games, he did do this:

Let’s hope that gets him going. McDaniels will certainly need to step into the spotlight if a net is to be cut on Saturday.

The big picture
This was the Aztecs’ seventh win in a row and 20th of the season, placing them two wins away from reaching their first NCAA Tournament in three years. Remember when the Aztecs were 13-10 and I wrote most my recaps while weeping in the tub?

Who the fuck is screaming “LOG OFF” at my house? Show yourself, coward. I will never log off.

Did you know?
Fresno State’s season is probably over. Meanwhile, the Bulldogs’ coach just interviewed for the head coaching job at a Conference USA school that is literally located in El Paso, Texas. Rivalry aside, I take no joy in this sad turn of events for a proud fellow MWC member institutlololololololol j/k, suck it Fresno.

Thank you, Chem, for this informative report.

Next up
The Aztecs face No. 22 Nevada on Friday at 6 p.m. on your pirated stream of CBS Sports Network.*

*Please do not watch sporting events on pirated streams this is illegal.