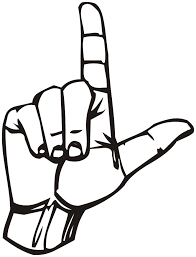 For the second time in 2017, San Diego State has been beaten by Colorado State via last-second shot. For the second time in 2017, the Aztecs lost a 13-point lead to Colorado State. As much as you didn’t want to tell yourself it was going to happen, it seemed like an inevitability the moment Trey Kell fouled out with 5 minutes remaining, the Aztecs clinging to a 1-point lead. END_OF_DOCUMENT_TOKEN_TO_BE_REPLACED

Here are a few things you could have been watching at 8 p.m. on Wednesday night instead of the San Diego State men’s basketball team’s 63-55 home loss to Fresno State.

After Adam sees his friend on television, he asks Beverly for her help to become an actor, so Beverly enlists his friend’s mom Edie, who is a kid talent agent in town. Unfortunately, Edie insists Adam can only get “nerd” roles, so Beverly goes on a quest to make Adam a teenage heartthrob. Meanwhile, Barry decides to embrace the punk lifestyle, and Murray attempts to become more involved in Erica’s life, but it backfires.

This definitely does not seem like a television show that traffics in cheap stereotypes, no sir. Let’s see, what else?

END_OF_DOCUMENT_TOKEN_TO_BE_REPLACED

You guessed it, comrades: student-athletes from San Diego State University played another intercollegiate basketball game, this one a 66-62 road win over Utah State. It bore little or no relation to national security, treason, компромат or any number of other potential looming crises. After all, there’s 351 Division I men’s basketball programs in this country and SDSU is but one of them! Really puts things in perspective when you step back and look at the big picture.

It’s a tired and well-worn cliché to say that one game is a microcosm. But. This game showcased inherent traits of the 2016-17 Aztecs in a nutshell: an athletic, highly talented team that can play lockdown defense and run anyone in their conference out of the building, and also an underachieving team that easily loses its way and can blow a lead of any size. And do it all with key contributors out with injuries.

END_OF_DOCUMENT_TOKEN_TO_BE_REPLACED

The Viejas Arena lights were still dimmed for pregame festivities, and I was certain SDSU was about to get run out of the damn building. It wasn’t just that Nevada is arguably the conference’s best team (although it is) or the fact that the Aztecs were coming off an embarrassing, listless loss at San Jose State (although they were).

It was also the body language of the players.

As Slash’s opening riff on “Welcome to the Jungle” sounded and the video board cut to the scene in the tunnel outside the Aztecs locker room, the usual bouncy exuberance was missing. Rather than getting amped to someone’s fiery oration, the players looked like weary commuters at a bus stop. During the introduction of starters, there was no joyful dancing – a fact noted by my wife who greatly enjoys such things (she thinks Dakarai Allen has by far the best moves, for the record).

I’m glad to say now, in the wake of SDSU’s 70-56 dismantling of the Wolf Pack, that I had misread the situation. Apparently they weren’t feeling too listless to dance. Maybe they were actually just too pissed.

END_OF_DOCUMENT_TOKEN_TO_BE_REPLACED

Aztecs hoops Twitter has been a pretty dark place of late, and it’s understandable. That’s kind of what you get when your team is under .500 in a bad mid-major conference, having pissed away several big leads and winning exactly zero games decided by six points or less.