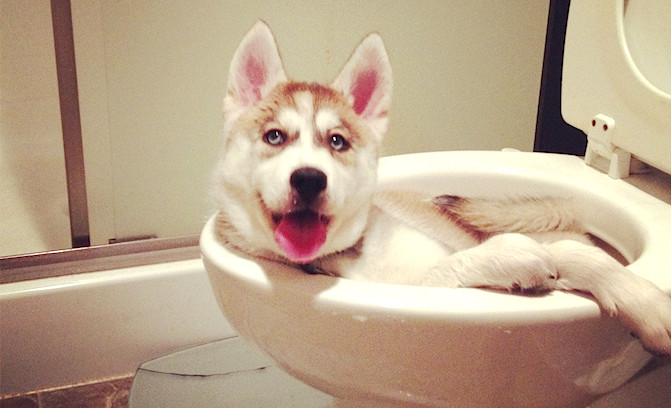 Ah, Huskies, we meet again.
The Aztecs are hitting the road for the first time this season, traveling to DeKalb, Illinois to face the Northern Illinois Huskies. The Aztecs and Huskies have four prior meetings under their belts, but none more recent than 1971. That was a 30-10 win by the Aztecs, who are undefeated in the series and look to stay that way.

SDSU comes into Saturday’s game 2-0 on the season with strong wins over New Hampshire and Cal (OMG, you guys. We beat Cal.). The Aztecs are also riding a 12-game win streak, which is the second longest in the school’s history.

NIU comes into the game 0-2 after a rough start to their season. The Huskies’ starting quarterback, Drew Hare, was injured in their last game and will likely be out for the season, which leaves them with redshirt sophomore Ryan Graham, who doesn’t have much in the way of experience. After what the Aztecs were able to accomplish against a really good quarterback in Davis Webb last week, it should be fun to see what they can do against Graham and the Huskies.

Why should we be scared of them?
The biggest reason is that the Huskies are playing at home, where they absolutely dominate. Dating back to 2009, the team has only lost twice at Huskie Stadium while racking up 35 wins. Saturday’s game marks NIU’s 2016 home opener, and they’ll be looking to make a statement after losing twice on the road to open their season.

Do they have anyone worth watching?
NIU doesn’t have too many notable players, but keep an eye on cornerback Shawun Lurry, who led the country with nine interceptions last season, surpassing our own Damontae Kazee by one. There’s also running back Joel Bouagnon, who led the Huskies with 1,285 yards rushing and 18 touchdowns in 2015.

Why should we hate them?
This is a team that is rarely on our radar (I mean, the last time we played them was 45 years ago), so it’s hard to really hate something you don’t really think about. But I guess if you need a reason other than the fact that they are the opponent – and, therefore, the enemy this week – the school apparently has some backwards-ass free-speech-restricting policies that have gotten them in some hot water the last few years. So there’s that.

Do they have any famous alumni we can make fun of?
Football-wise, they’ve got a Super Bowl XLI champion in OL Ryan Diem as well as two-time Pro-Bowl RB Michael Turner, who was drafted by the San Diego Chargers. Another Husky drafted by the Chargers was Larry English, who didn’t have much success in San Diego and was released by the team in 2014.

If you’re a TV watcher, you may have seen or heard some NIU alumni on your favorite show. Kurt Sutter, who created “Sons of Anarchy,” is a former Husky. There’s also Matt Walsh, who was on “Veep” and “The Daily Show” and some other places – you know, the dude who looks like Louis C.K. but isn’t as funny or successful. Dan Castellaneta is also an alumnus, so the next time you watch the Simpsons just imagine that Homer Simpson is an NIU alum with a wife who is way out of his league (Marge is voiced by Aztec-for-life Julie Kavner).

Will we beat them?
Oh, yes we will. I know I pointed out how well the Huskies play on their home turf, and after last week’s thriller this week’s matchup has all the makings of the dreaded letdown game. But with an NIU defense that has so far struggled against both passing and running games, and a just-okay offense led by the team’s second-string quarterback, it’s hard to imagine this going their way.

Not that the Aztecs should (or will) take this game lightly, however. After all, NIU has been good enough to make their way to eight straight bowl games (thanks in large part to their tremendous success at home). The Huskies won’t go down without a fight, but ultimately it’ll be one they lose.