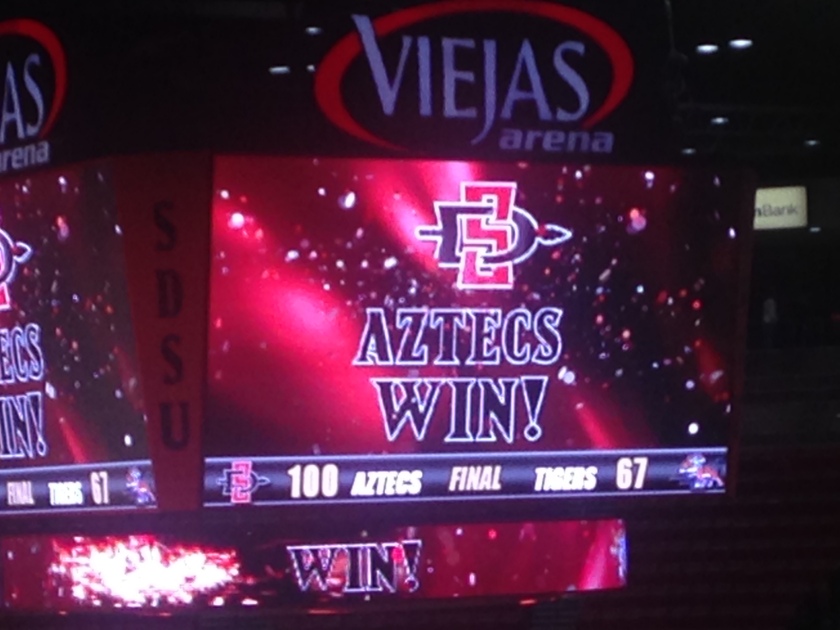 Think back to when the men’s basketball schedule was released. Obviously it was the names like Gonzaga, Cal and ASU that caught your attention first. But when you finally thought about the schedule-filler games on the SDSU slate – games like USD, San Diego Christian and Savannah State – how did they play out in your mind’s eye?

Probably nothing like the way the USD and SD Christian games actually transpired, i.e. a nonexistent Aztecs bench and no offensive threats outside of the three top starters. With every early foul called on Zylan Cheatham or Dakarai Allen causing you to bite your nails down to the quick.

Well, if the Cal win last week officially turned the page on the injury-marred start, tonight seemed like continuation of a new, more exciting chapter.

END_OF_DOCUMENT_TOKEN_TO_BE_REPLACED

What the hell am I supposed to say about this, honestly? I’m tempted to emulate the infamous Pitchfork Jet review for this game recap, but this is a family blog dammit.

I guess I’ll just let the highlight reel from SDSU’s senior night football game against Colorado State speak for itself.

Huh, well that’s not the right video, either. Whatever, it’s not like you want to see clips of a 63-31 loss anyway. My advice is to stop reading this now and we can both spend the next hour watching Travis videos. Deal?

END_OF_DOCUMENT_TOKEN_TO_BE_REPLACED 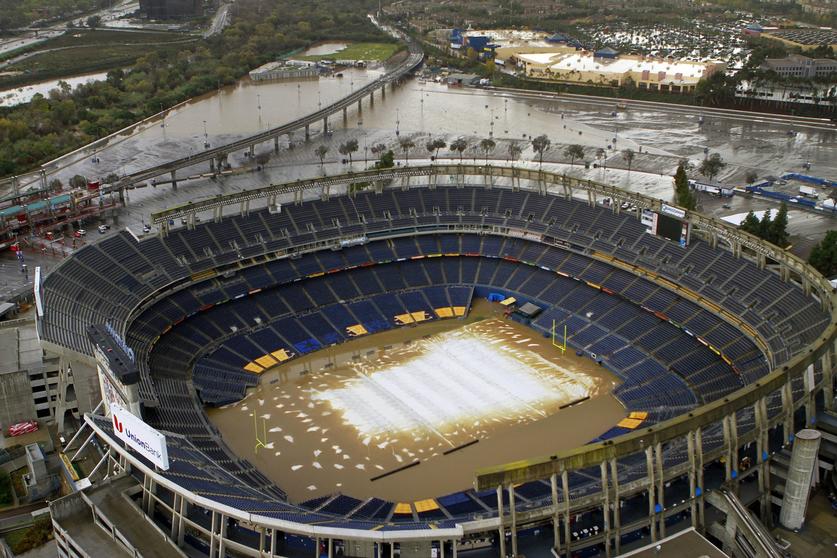 That’s right, folks! The K30 Extreme Weather News Team is officially on STORM WATCH. Bring a slicker, maybe boots, perhaps some rubber pants and a Stadium Pal, because it’s probably going to get wet. You also might want to bring a boat, because you know how well Qualcomm Stadium handles weather.

END_OF_DOCUMENT_TOKEN_TO_BE_REPLACED

San Diego State men’s basketball is a marquee program that missed the NCAA tournament last season. Bad losses to Arkansas-Little Rock, Grand Canyon and the windblown debacle at Petco put early black marks on that team’s résumé. They won the Mountain West regular season title but lost to Fresno in the conference tournament final. The NCAA selection committee, in their infinite wisdom, decided the MWC was a one-bid conference and SDSU was relegated to the NIT.

Beating Cal at the new NBA arena in downtown Sacramento was an important step in avoiding such a fate this season. Writers back East won’t have waited up for a game that tipped after 8 p.m. Pacific, but they’ll see the 77-65 scoreline over a decent Pac-12 team. For those of us who did watch it, in their first run at full strength, these Aztecs look pretty dang good.

END_OF_DOCUMENT_TOKEN_TO_BE_REPLACED

Not that you care about how I ruined my Saturday afternoon, but I watched the Aztecs-Wyoming game with lemonverbena at his home in picturesque South Park, San Diego. I mention this seemingly-irrelevant “behind the blogging” factoid because I think we had the two possible rational reactions to what shall henceforth for referred to as The Unfortunate Incident at Jonah Field.

If once is good, twice is better! Cowboys down their second ranked foe this season with a 34-33 upset of #24 San Diego State! #GoWyo pic.twitter.com/euZMEifZoz

In the wake of the Aztecs’ 34-33 aspiration-crushing loss to the Wyoming Cowboys, we have decided to EMBRACE DEBATE. Because agonizing over a heartbreaking defeat is FUN.