What the San Diego State men’s basketball team desperately needed after the ugliness in Laramie earlier this week was a cakewalk. Well, on Saturday night at Viejas Arena, dessert was served. 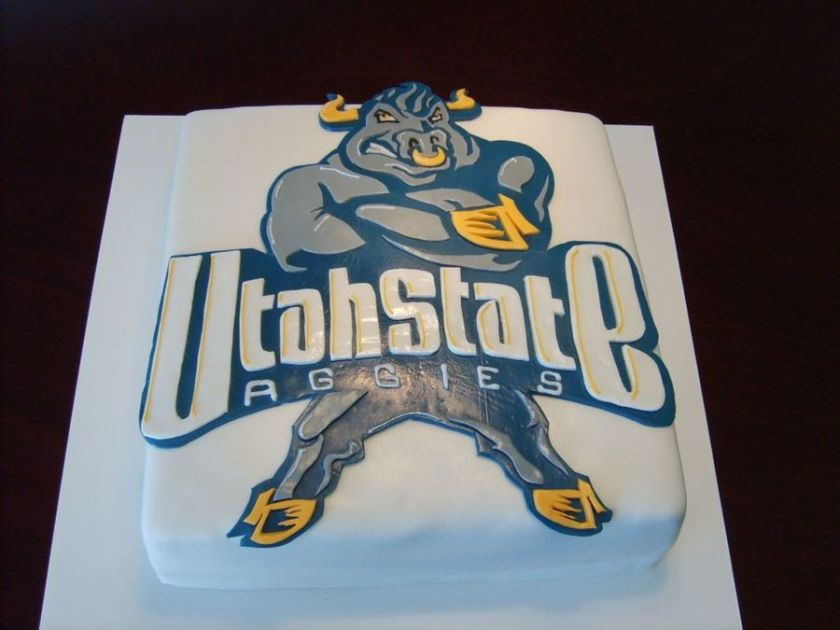 Is that not a scoreboard?

Yes that is a scoreboard.

And is that not the winning team?

Yes that is the winning team.

And is this not a gimmicky way to fill space in a post about an SDSU win that really wasn’t all that interesting?

Sweet, sweet boredom
Saturday’s game was uneventful in the best way possible. SDSU led by double-digits for most of the first half, went up by 14 at halftime and maintained a lead that hovered between 10 and 20 for the rest of the way.

It was the kind of game that allowed me to spend the second half catching up with an old college friend who I hadn’t seen in a few years. I learned that he’s now coaching his 10-year-old son’s hoops team, which is pretty neat. They’re currently 2-1, in case you were wondering!

It was also the kind of game that allowed bench players to eat — particularly Max Montana, who looked like MAX MONTANA for the first time since his knee bent the wrong way against Arizona State. The junior scored 14 points in 17 minutes, splashing three treys. That’s particularly encouraging considering Montana was 1-of-16 from the field and 0-of-13 from 3 since returning from injury.

Yes, this was certainly a night worth savoring for Montana who had nothing at all to be upset abo… 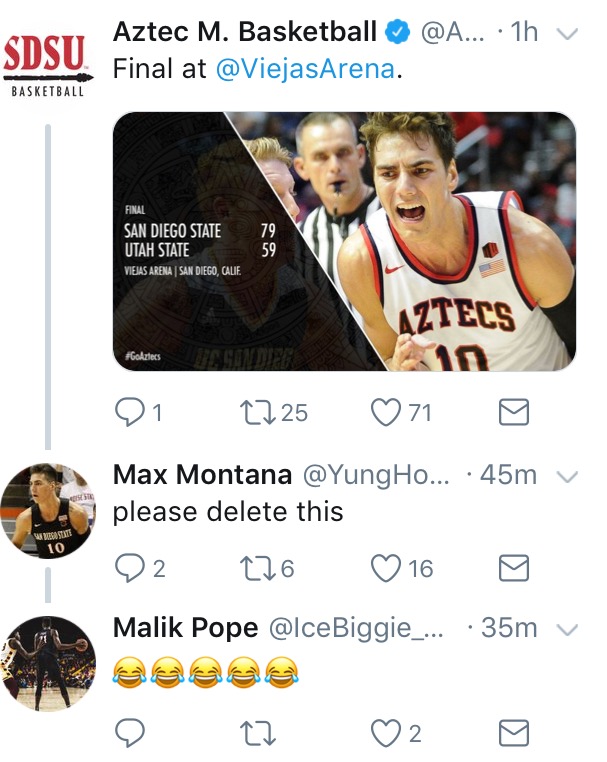 Wait … where have I seen that expression before?

Ah yes, there it is.

Devin Watson scored a team-high 15 points. Jalen McDaniels made his second consecutive start at the 5 and added 13 points and 8 boards. Methinks he won’t be vacating that spot in the lineup anytime soon.

SDSU’s defense was better, too, which in the wake of Wyoming pretty much just means the Aggies didn’t drain 19 3s from the parking lot. Actually, the Aztecs turned USU over 19 times, which is swell.

Like I said, boring. But in a good way!

Best wishes, Teki
Before the game, the disappointing SDSU career of Montaque Gill-Caesar came to a close when the team announced he has left the team because of medical issues. It’s tough not to feel bad for Gill-Caesar, who showed great promise as a freshman at Missouri, but never looked right here. Hopefully he gets healthy and a chance to play one more season someplace else, if that’s what he wants.

The affect on the Aztecs roster will be minimal, as Gill-Caesar only got into seven games this year. The most significant difference is that SDSU now has 50 percent fewer Canadians, which means packing half as many bags of milk on road trips and maybe a little less Drake playing in the locker room.

Speaking of Canadians
Has anyone heard from Nolan Narain lately? The sophomore post had a really encouraging month of November, but has logged 1 minute in the past four games. Saturday marked his third consecutive DNP.

The decline in minutes coincides with a healthy Montana getting worked back into the mix, so it’s not such a mystery. But it just seems to my untrained eye that Narain offers just as much upside as Kam Rooks, who logged 10 minutes off the bench against USU. The difference is that playing Narain offers the added benefit of continuing to develop a player who figures to be an important piece of the puzzle for the next two seasons.

What I’m saying is #FreeNolan