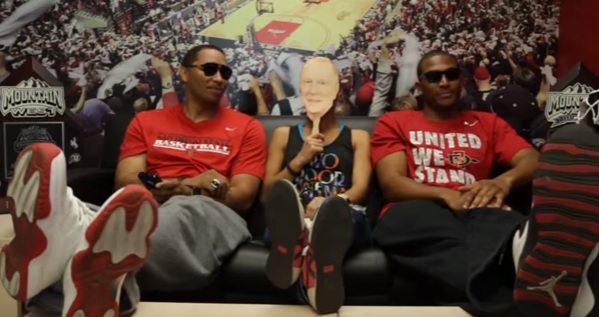 There’s no real news today on the search for a new SDSU Director of Athletics, but there is a SIZZLING HOT SEXY RUMOR.

Take it away, Mark:

There's an internal movement to consider Fisher for AD in some lesser capacity now and more permanently if/when he retires from coaching.

But keeping Fisher’s fingerprints on the SDSU athletic department for the foreseeable future? This would be the extreme ironing of AD hires.

What say you, dear readers? Here, let me take your temperature: