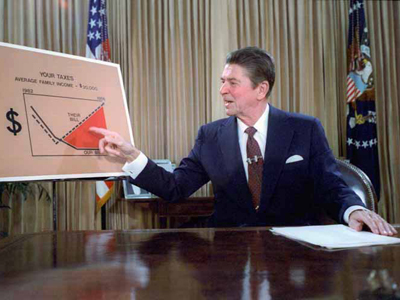 The dumb teams in our dumb conference played football games again. Did those idiots win or lose? Let’s make snap judgments based solely on the scorelines, free from the crushing yoke of government regulation.

Rutgers 37, New Mexico 28
The visiting Lobos led the Scarlet Knights – technically a Big Ten team – 21-7 in the 1st quarter, but trailed 28-21 at halftime and yeah they lost.

Toledo 52, Fresno State 17
Without looking, do you know the University of Toledo mascot? It isn’t Mud Hens. Like SDSU’s vanquished foe NIU, Toledo plays in the Mid-American Conference. The undefeated Rockets smoked Fresno (1-2) at the Glass Bowl.

Central Michigan 44, UNLV 21
Another MAC team pads their record with a win over a MW tomato can. Did you know the Chippewas have played football since 1896? The ball was literally a pig then and Upton Sinclair hadn’t even written The Jungle yet.

San Diego State 42, Northern Illinois 28
Sketchy at times but in the end, another brilliant performance by D. Pumphrey clinched it for the Tecs (see our recap). 13 straight wins. Is 13 straight good enough for Top 25 yet? Sure as hell better be. Last time SDSU was ranked in the AP Top 25 was in 1995, when they were ranked 25th. For one week. Trickle down some goddamn votes, writers and coaches.

Colorado State 47, Northern Colorado 21
CSU led 39-0 at halftime and cruised to a very chill W over their Big Sky rivals from nearby Greeley, home to like 50 weed dispensaries probably.

Wyoming 45, UC Davis 22
Always seems weird to me that Davis has a D-I football team. They’ve been something of a troubled school recently and one must assume savvy WYO fans chanted “Get me off the Google.”

Nevada 38, BUFF 14
Our old friends the Buffalo Bulls aren’t very good anymore, got cleaned out on their trip to Reno.

Utah 34, SJST 17
The Spartans somehow only lost by 17 at home to Utah. The invisible hand of the free market should have snuffed San Jose State football out of existence a long time ago.

Arizona 47, Hawai’i 28
UH trailed 34-7 at halftime and were never in this one as the Wildcats bore down on the ‘Bows at whatever they’re calling that rathole of a stadium in Tucson these days.

Louisiana-Lafayette 28, South Alabama 23
Our old friends the Ragin’ Cajuns ran up 256 yards rushing on our next opponent the Jaguars, which should bode well for one D. Pumphrey. USA hosts lowly Nicholls State next week before the Aztecs visit Mobile on October 1 off their bye.

A bunch of Top 25 teams lost on Saturday, including #13 Iowa, #18 Notre Dame and #22 Oregon. Most importantly for the Aztecs, our upstate pals the Cal Bears beat #11 Texas, despite a colossal blunder by Vic Enwere the refs bailed Cal out of.

NEXT WEEK in the Mountain West:

SDSU shuts it down while the rest of the conference continues being their boring-ass selves. Games:

Wyoming at EMU (Friday) – I wish the Cowboys were playing an actual emu, but it turns out this game is in Ypsilanti, Michigan.
San Jose State at Iowa State – This game starts at 9am Pacific, which doesn’t sound advantageous to anyone, least of all the Spartans. Someone should drown SJSU football in a bathtub.
Colorado State at Minnesota – This one’s at 9am PDT too and the Gophers have only played one game this year. Rams could be in trouble.
Nevada at Purdue– Also an early start. Purdue is coming off a bye and Nevada-Reno are definitely getting their heads kicked in.
Boise State at Oregon State – It’s arguably better for SDSU if Boise keeps winning, but that’s impossible to root for.
Tulsa at Fresno State – Here’s hoping I never know anything about this game.
Idaho at UNLV – Idaho is giving up on FBS football and the Rebs get to chalk up a W over the Vandals on their way down.
Air Force at Utah State – Hot in-conference action! Both these teams are in the Mountain division of the Mountain West, which is silly because the name ‘Mountain’ is already right there in the conference name. Root for 14 overtimes.